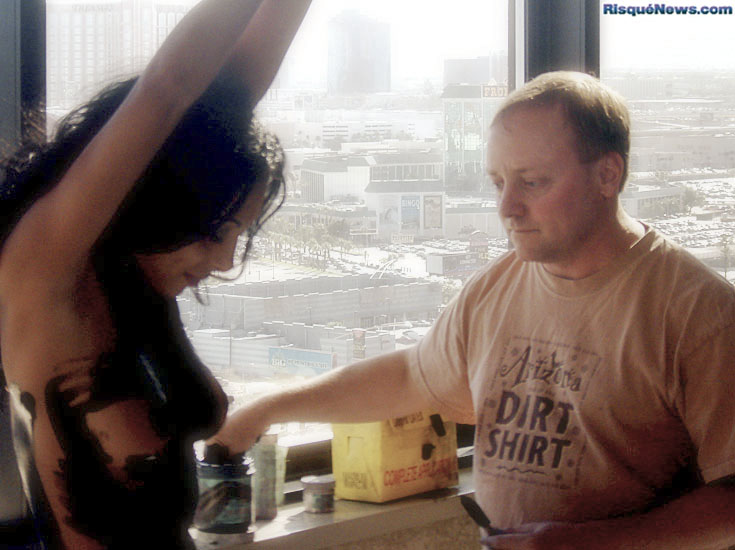 Dee decided it was time to take off her clothes again. [This type of activity defines precisely why Dee remains one of our favorites.] Bernie got to use his Latex paint on Dee. She was a trooper. Bernie was very gentle and took his time. Bernie is a wise and clever man. I just wonder what the people were wondering if they were looking from their hotel rooms in the other hotels that look on to the Riv and saw a naked girl being painted in Latex. Guess they wouldn’t have given it much thought since it was Vegas. After a short time it was time for Bernie to remove the Latex. Lucky thought that Bernie needed some help and Mike33, SteveD, Lon, XXX (He went straight to Dee’s long legs and was shaking a bit too. Must have been that “Dee Effect” again.) and Bert helped. [Contrary to popular belief, I did not in fact accept bribes for these positions, although looking back that was only because I’m an idiot.]

Now from what Lucky told me it looked like five guys praying to the Goddess Dee. We’re not worthy! We’re not worthy! There were a couple of hours to spare before pizza in the evening so most people went to the Splash bar to drink a bit more. I needed to charge up the batteries to my digital and DV camera so took the chance. I know, I’m in Vegas with the Risqué girls and I didn’t go to the bar to carry on and drink. Well it was lucky that I didn’t, as I was glad that I was fully alert at the pizza place. [You know, you may not be able to tell it from this account, but it’s actually possible to have fun with us without being bombed all of the time. Really …] 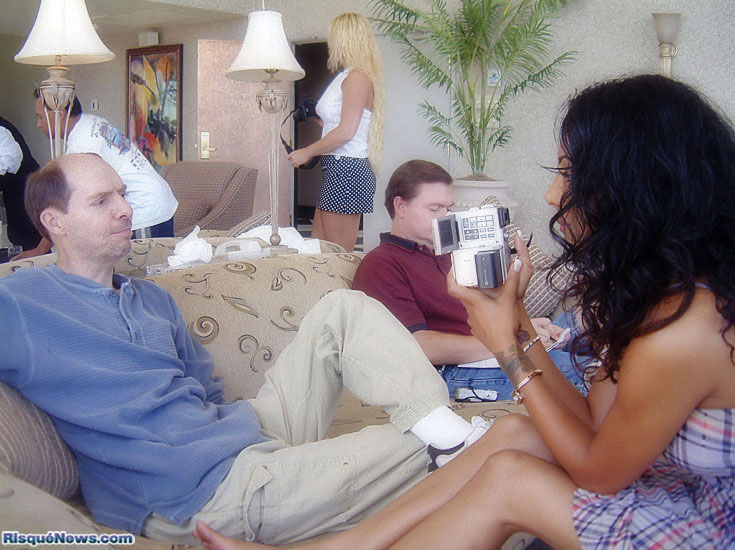